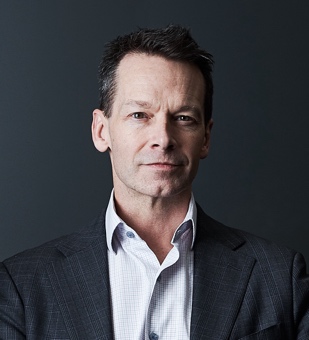 It was wonderful to catch up, in person, with so many colleagues and friends at the ABA’s centrepiece event for 2022, Re-Emerge, in Melbourne at the end of April. A full conference report appears below.

There were many highlights, but what stood out to me above all was the collegiality and sense of purpose of our profession, and a preparedness to engage in some difficult and provocative conversations about the implications of the past two years for the administration of justice, the rule of law and our practice as specialist advocates. Feedback from those who attended was uniformly positive. The ABA Council has resolved to start planning for a National Conference in 2023.

On 1 June 2022, I attended a function in Perth to mark Western Australia joining the Uniform Legal Profession Scheme. This is a significant milestone on the road towards a truly national legal profession. Once Western Australia formally joins the scheme on 1 July 2022, 75% of Australia’s legal practitioners will practice under what is, in substance, a single regulatory framework, with common rules of practice and conduct, and very significant advantages for those barristers with, or aspiring to develop, national practices.

Speaking of the national profession, the ABA’s National Barrister Database project is progressing nicely. If you have not done so already, please create a profile so that you can be found when the database goes live later this year. There is more information in the message below.

The ABA has been very active in the period since the conclusion of the conference. We will very shortly be launching the first episodes in a new podcast series directed at barristers and those aspiring to join our ranks, and our first-ever national CPD program, which will provide high-quality continuing professional development seminars and panel discussions, available freely to all members of the ABA, drawing on the expertise of the ABA’s specialist committees. We are also working on other exciting member benefits, which I look forward to informing members about in the near future. 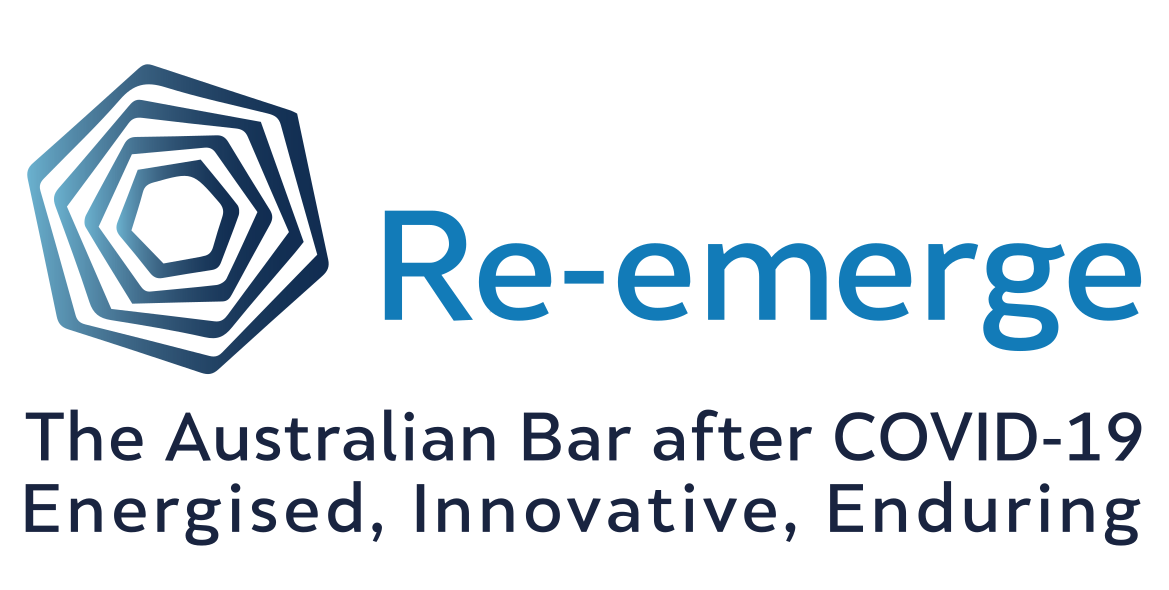 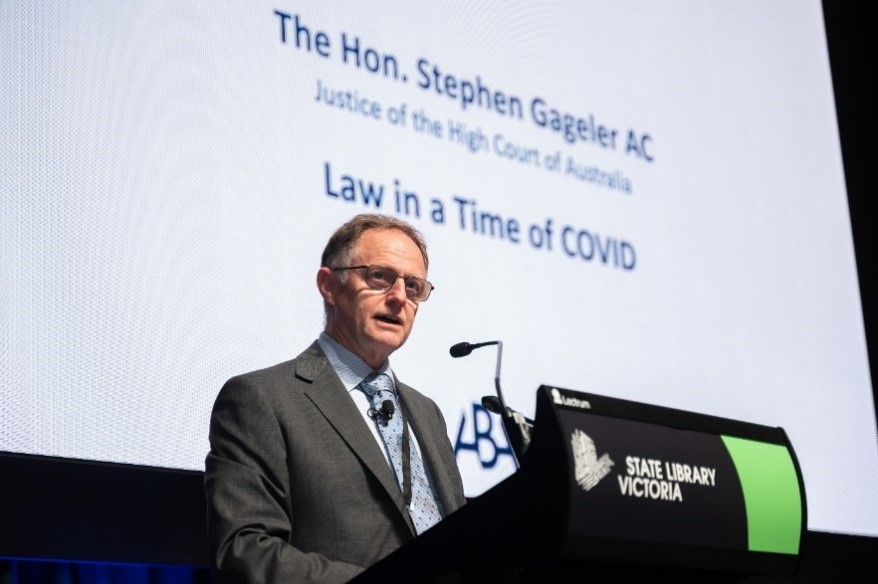 2, the ABA’s National Conference, took place at the end of April. For three days, the State Library of Victoria’s conference spaces were full of barristers and judges from around Australia. The panel discussions were lively and stimulating, and the audience was highly engaged.

Despite the disruptions caused by the pandemic, the rapid development of remote technology — a topic of considerable debate across the whole conference — enabled the participation of speakers from around Australia and the world, including Professor Richard Susskind OBE, our international keynote speaker; Mrs Justice Sara Cockerill, Judge in Charge of the Commercial Court (England); and Justice Sally Fitzgerald of the High Court of New Zealand.

The conference opened with keynotes from the Hon. Stephen Gageler AC, Justice of the High Court of Australia, and Professor Richard Susskind OBE, followed by responses from the Hon. James Allsop AO, Chief Justice of the Federal Court of Australia, and finally the Bar’s Right of Reply from Jennifer Batrouney AM QC, Dominique Hogan-Doran SC and Kateena O’Gorman. The pandemic’s impact on the legal profession, the rise of remote hearings and the future role of technology in law were key themes of the afternoon, along with the effects on collegiality, informal professional development and non-traditional networking opportunities. These topics came up frequently over the course of the conference.

Welcome drinks were held on Thursday evening in the evocative Old Melbourne Gaol, where delegates ate, drank and conversed under the watchful eye of Ned Kelly’s death mask. The Gaol provided a unique, slightly macabre setting for our profession’s  first national social event since the beginning of the pandemic. 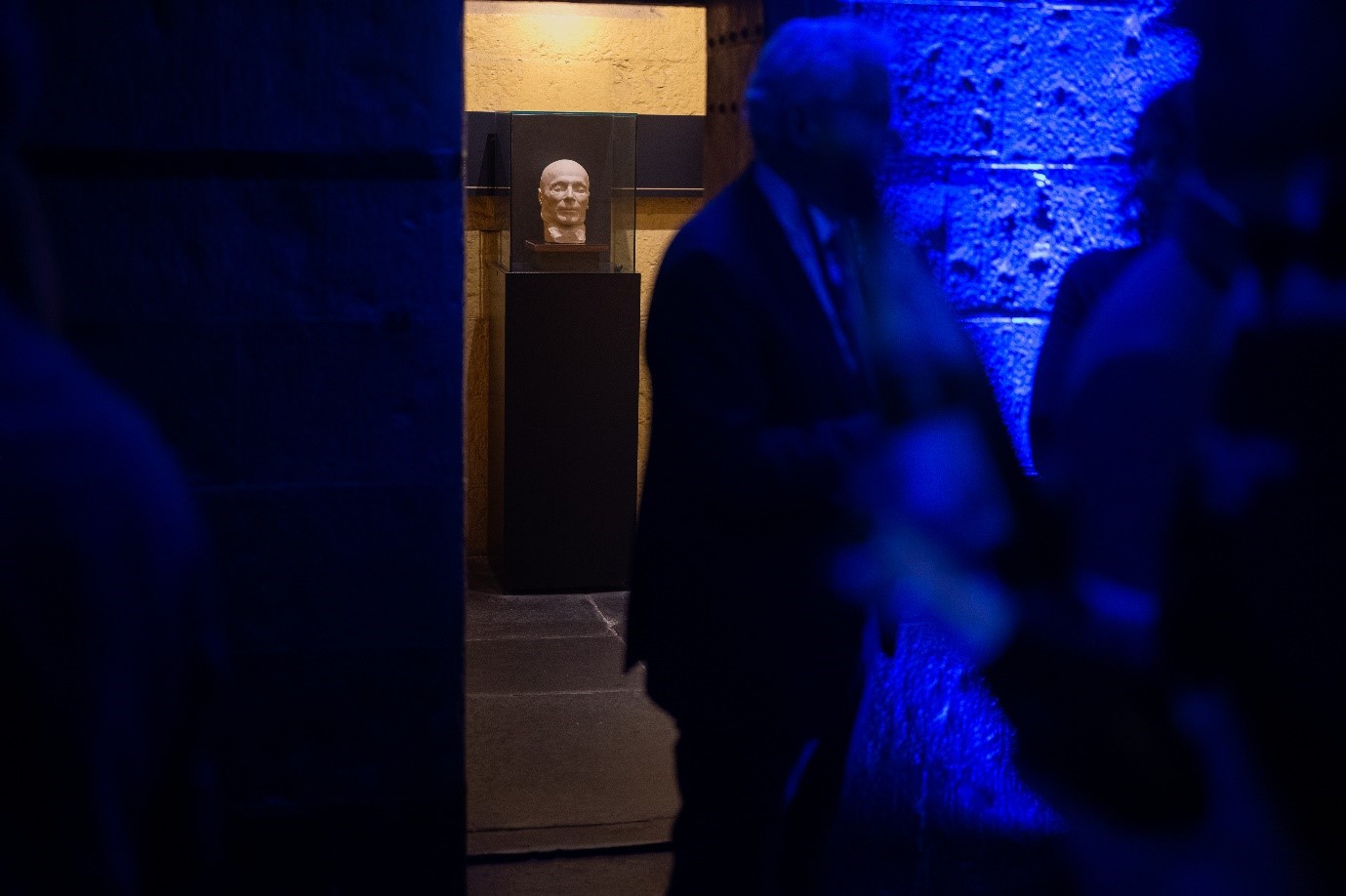 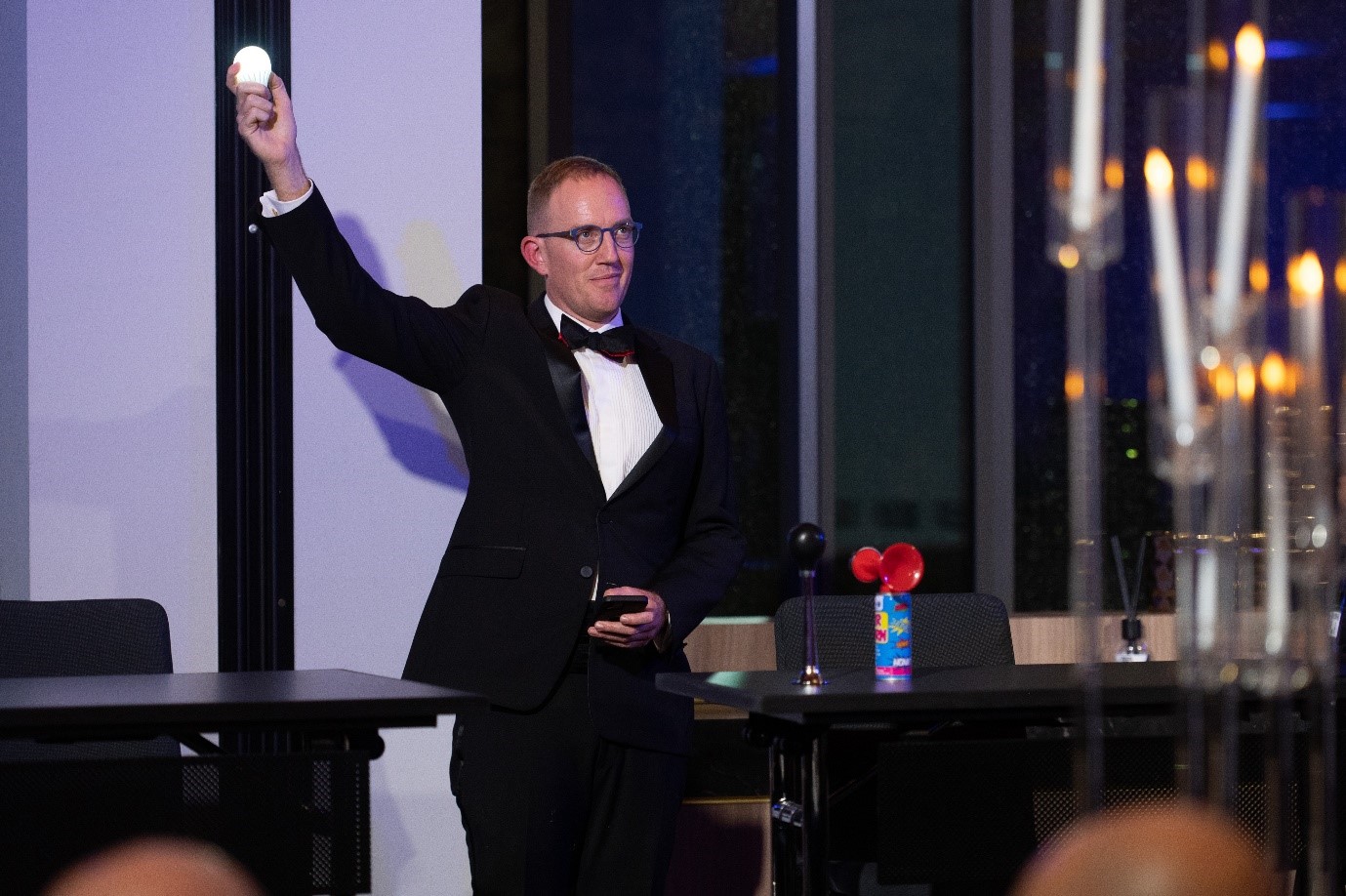 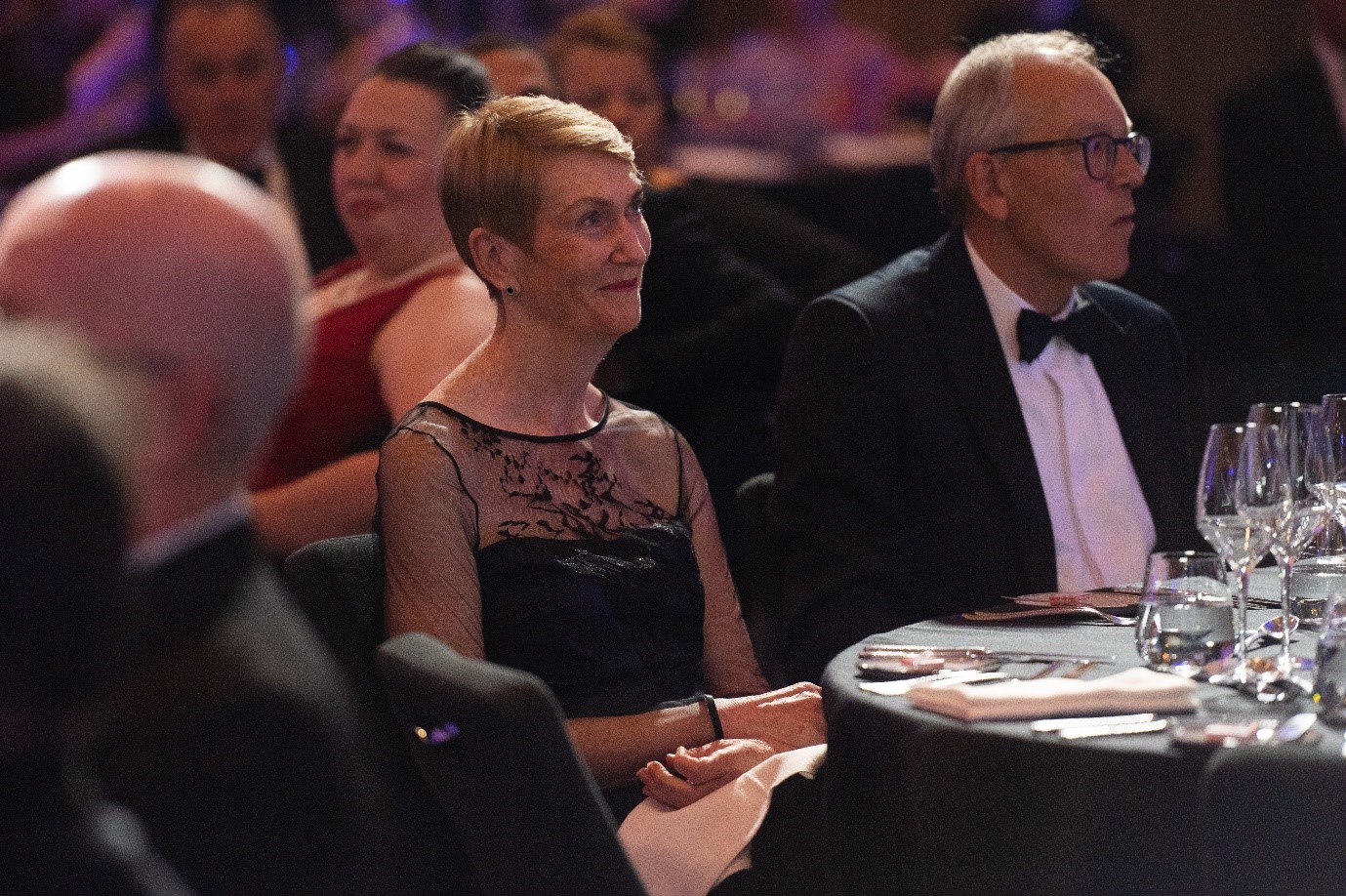 Friday night’s gala dinner took place at the W Hotel, with entertainment in the form of a mock royal commission, the ABA Inquiry into COVID and Disputed Borders. The Commissioner, the Hon. Justice Virginia Bell AC, ably assisted by Elizabeth Ruddle QC, oversaw an evening rich with laughs and shenanigans.

Representing the States and Commonwealth were: Lisa Hannon QC for the Commonwealth of Australia; Nick Ferrett QC for Queensland; Sue Chrysanthou SC for New South Wales; Mark Costello for Victoria; Matt Howard SC for Western Australia; Patrick O’Halloran for Tasmania; and Alistair Wyvill SC for the Territories. There was no appearance for South Australia. Adam Baker of the Victorian Bar acted as Commissioner Officer-Tipstaff. Paul Hayes QC expertly organised the entertainment. 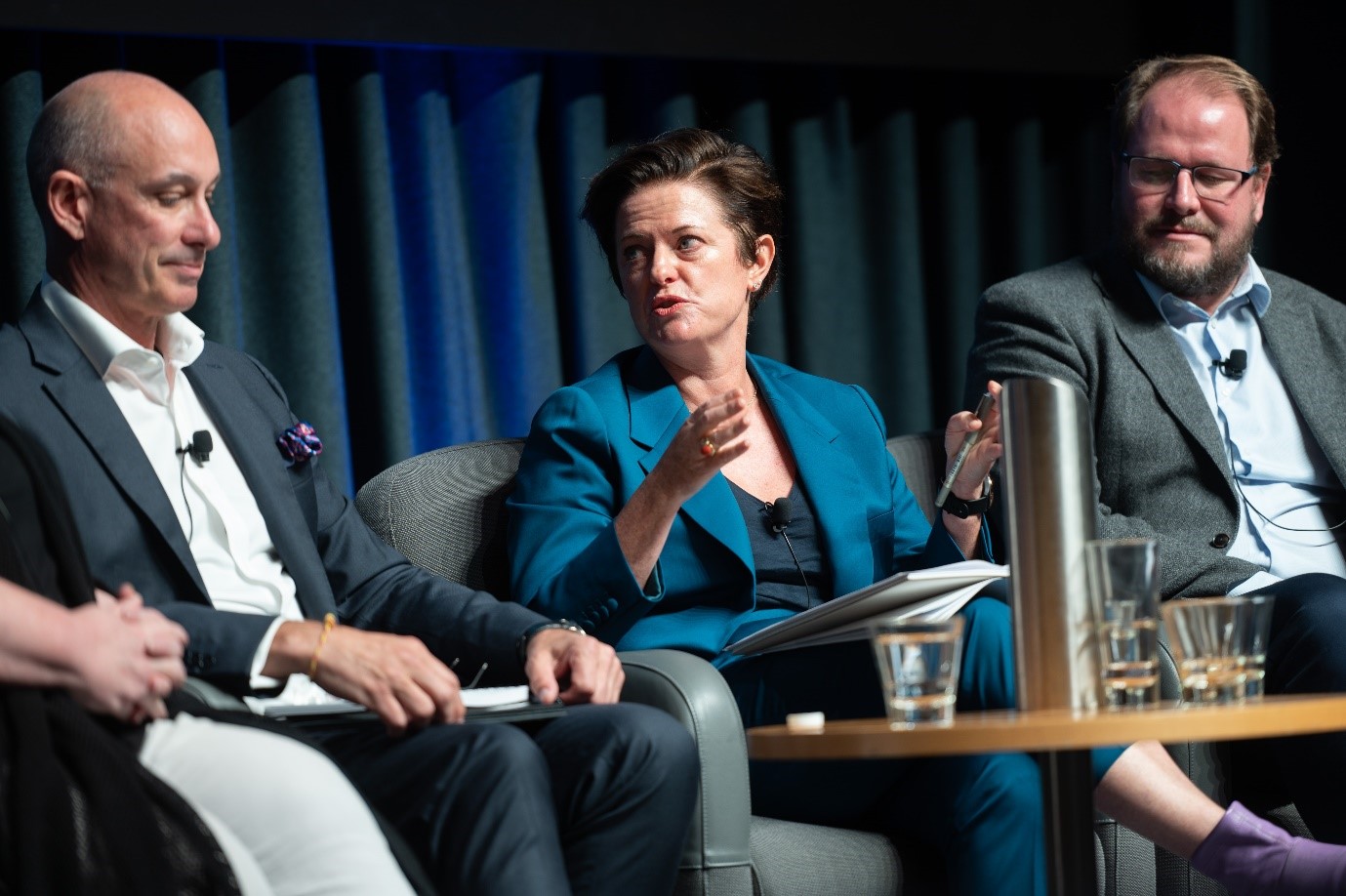 On the final morning of the conference—held just three weeks before the federal election—delegates heard from then Commonwealth Attorney-General Senator the Hon. Michaelia Cash and then Shadow Attorney-General the Hon. Mark Dreyfus MP QC. Their addresses were the closest we came during the election campaign to a genuine exchange of ideas in relation to questions of policy in the justice sector. Their addresses can be viewed here.

In total, the conference featured more than 20 hours of content. All delegates have received access to an on-demand service enabling them to revisit sessions they attended at the conference and watch any sessions that they missed, together with transcripts.

Many thanks to the steering committee and the teams at The Production House Events and the State Library for their hard work in making the conference run so smoothly, to our superb slate of Partners, Sponsors and Supporters, and the Victorian State Government for its support.

Members will be aware that important amendments to rule 123 of the Legal Profession Uniform Conduct (Barristers) Rules 2015 have come into effect.

Justin Hogan-Doran SC and Penny Thew of the NSW Bar have published a very helpful paper discussing the impact of the changes.

Penny Thew further discusses the effect this change will have on the Conduct Rules here.

The ABA’s new find-a-barrister service will provide access to a national database of profiles, showcasing barristers, wherever they are based, available to accept briefs anywhere in Australia.

The National Find-A-Barrister Database is an opt-in service that enables you to record your qualifications, dates of admission and call, date of taking silk (where applicable), previous occupations and specialised practice areas, and upload a photo.

You can record your preparedness to accept briefs Australia-wide and whether you are a First Nations barrister, a nationally accredited mediator, and have adopted the Law Council of Australia’s Equitable Briefing Policy.

To ensure that your profile is visible on the site when it launches, please create one as soon as possible by visiting our website. Please note that you will not appear in the find-a-barrister profile database unless you create a profile.

You can also link to up to three external sites on your profile, such as the website of your home Bar or your clerk or set, or a personal site.

The service provides users with simple and advanced search options and the ability to print user-friendly profiles of barristers and lists of search results.

Register your profile so you can be found when this exciting new service goes live.

The Australian Bar Association responded forcefully to the (then) Prime Minister’s remarks that he “didn’t care if [barristers] disagree with me” and that “I’ve never had much truck with them over the course of my entire political career.”

High Court judge Patrick Keane has called on the legal profession to resist any pressure to take the justice system online and warned against any drift to US-style hearings in Australia’s top courts.

Technology should not be allowed to become “the master” of society or the justice system, and the push for remote hearings was “fundamentally wrong”, NSW Chief Justice Andrew Bell said.

[Crikey] Dreyfus attacks Collaery prosecution: ‘an affront to the rule of law.’

(Then) Shadow Attorney-General Mark Dreyfus has criticised the conduct of the trial of Bernard Collaery and questioned the public interest in its continuation.

(Then) Shadow Attorney-General Mark Dreyfus outlined his party’s legal agenda on the closing day of the Australian Bar Association’s national conference, saying a federal anti-corruption commission and a “merit-based” appointments process for courts and tribunals were priorities.

Former High Court judge and banking royal commissioner Kenneth Hayne has made a passionate plea for “cultural change” in the legal profession to tackle the continuing problem of sexual harassment.

Victorian Chief Justice Anne Ferguson has rejected the get-back-to-the-office stance of some senior judges, saying it would be a mistake to “snap back to March 2020”.

[AFR, subscription required] Judge’s advice to Gen Y lawyers: ‘get back to the office.’

High Court Justice Stephen Gageler has urged lawyers to get back into “the room where it happens” in a stark warning to the profession as it emerges from the coronavirus pandemic.

Following two Covid-related postponements, the Silks Bows ceremonies for 2020 and 2021 will take place on Monday 10 October 2022, at the High Court of Australia in Canberra.

A dinner will follow at the National Gallery of Australia.

Invitations have been sent to all silks appointed in Australia in each of 2020 and 2021.

The toast to the new silks will be made by the Hon. Patrick Keane, Justice of the High Court of Australia. The response will be provided by Ben Doyle SC of the South Australian Bar. 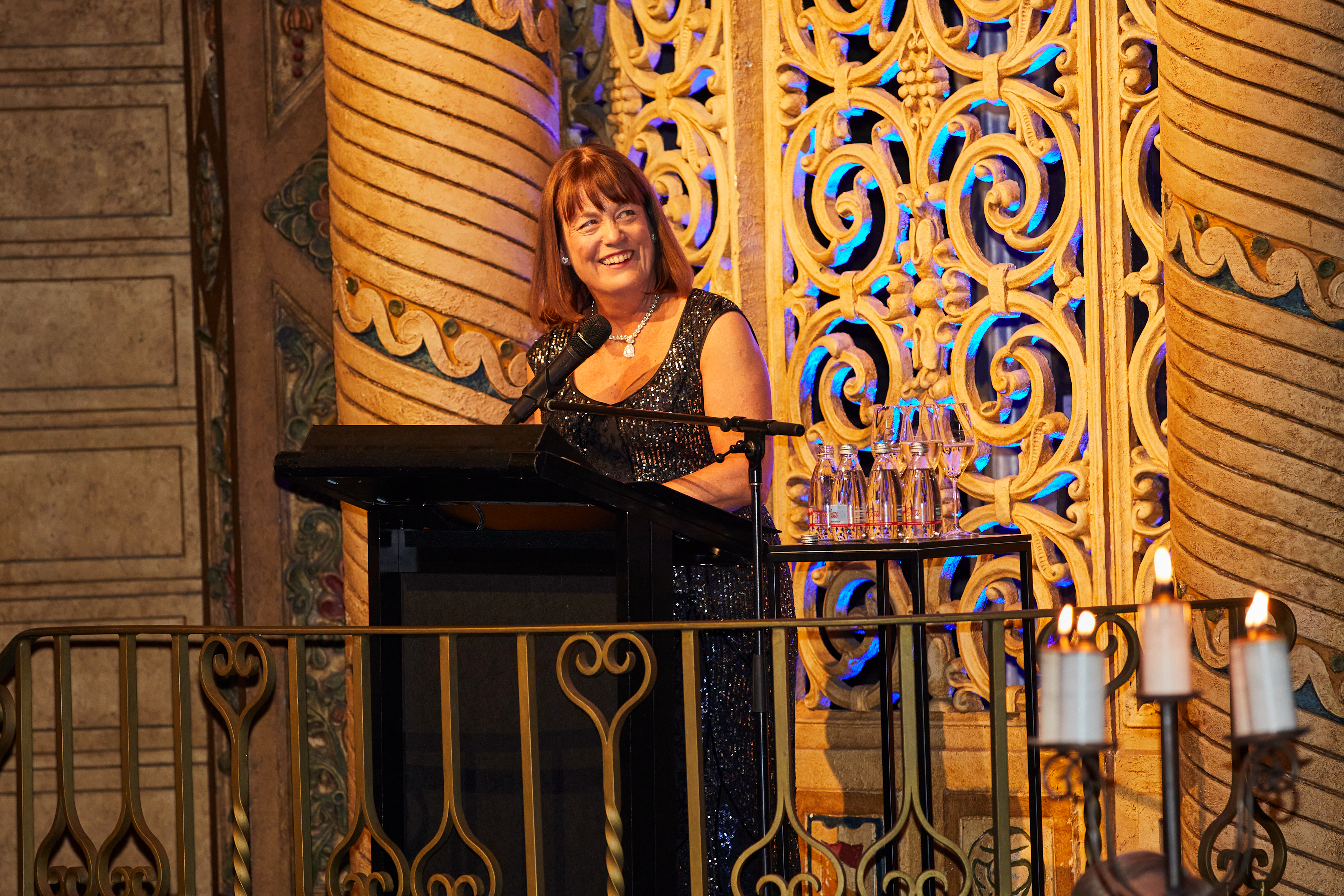 The Victorian Bar Dinner took place on Friday 28 May, with addresses from Jaclyn Symes MP, Attorney-General for the State of Victoria, and the Honourable Justice William Alstergren, Chief Justice of the Federal Circuit and Family Court of Australia. Photo credit: the Victorian Bar.

A very well-attended day of discussions, followed by a dinner, took place in Perth on 1 June 2022 to mark the fact that Western Australia will become part of the uniform legal profession with effect from 1 July 2022. At the dinner, Western Australian Attorney-General, the Hon. John Quigley MLA, explained the long process that has led to this point and the many advantages that joining the uniform scheme will bring to legal practitioners in his State.